Home Entrepreneurship On inflation and wealth 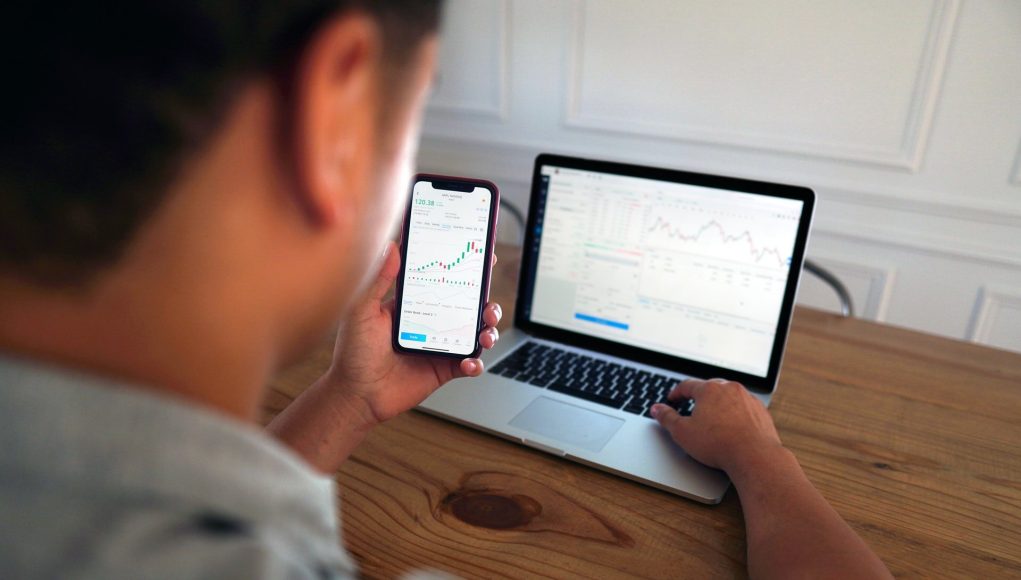 Yesterday’s inflation report showed inflation raging so you are now seeing inflation erode your wealth. That is no surprise. At this time:

Some people make the mistake of thinking that they are getting richer because they are seeing their assets go up in price without seeing how their buying power is being eroded. The ones most hurt are those who have their money in cash.

Today I am sharing a part of the Determinants chapter of my new book, Principles for Dealing with The Changing World Order, to remind you of key principles that are relevant now.

I did this study of the last 500 years to help me and I am passing it along in this book to help you understand and deal with what is happening now. I hope it is of some value for positioning yourself for what is going on. 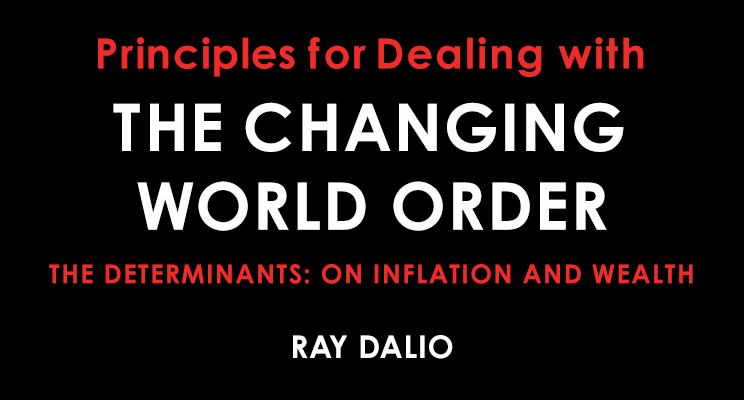 Here are the key principles to keep in mind:

For the purpose of understanding the big cycles, it’s worth defining wealth a bit more specifically and looking at its impact on countries that have it or lack it. I believe the following to true and very relevant to what is happening now:

Without getting too nuanced, let’s call wealth buying power to distinguish it from money and credit. That distinction is important because the value of money and credit changes.

For example, when a lot of money and credit are created, they go down in value, so having more money won’t necessarily give one more wealth or buying power.

Real wealth is what people buy because they want to have and use it, such as a house, car, streaming video service, etc. Real wealth has intrinsic value.

When you are seeing your financial wealth go up as is happening now don’t think you are gaining real wealth when your buying power is going down.

Over the long run the wealth and buying power you have will be a function of how much you produce. That is because real wealth doesn’t last long and neither do inheritances. That is why being continuously productive is so important.

If you look at societies that expropriated the wealth of the rich and tried to live off it and weren’t productive (e.g., Russia after the revolutions of 1917), you will see that it didn’t take them long to become poor. The less productive a society, the less wealthy and hence the less powerful.

By the way, spending money on investment and infrastructure rather than on consumption tends to lead to greater productivity, so investment is a good leading indicator of prosperity. On the other hand printing money and distributing it without being productive won’t raise wealth. Keep this in mind when thinking about the implications of policy developments.

Printing money and giving it away won’t make us wealthier if the money isn’t directed to raise productivity.

That is because if one has enough wealth one can buy most anything—physical property, the work and loyalty of others, education, healthcare, influential powers of all sorts (political, military, etc.), and so on.

Through time and across countries, history has shown that there is a symbiotic relationship between those who have wealth and those who have political power, and that the type of deal they have between them determines the ruling order. That ruling order continues until the rulers are overthrown by others who grab wealth and power for themselves.

Wealth and power are mutually supportive. For example, in 1717 the British East India Company effectively brought together financial capital, people with commercial capabilities, and people with military capabilities to force India’s Mughal emperor to trade with them, which was the first step toward the British colonization of India, the fall of the Mughal Empire in the 18th century, and then its complete failure in the 19th century, when the British exiled the emperor and executed his children after the 1857 Indian Rebellion. The British did these things because they had the wealth and power to do them in pursuit of more wealth and power.

There isn’t an individual, organization, country, or empire that hasn’t failed when it lost its buying power. To be successful one must earn an amount that is at least equal to the amount one spends. Those who spend modestly and have a surplus are more sustainably successful than those who earn a lot more and have deficits.

History shows that when an individual, organization, country, or empire spends more than what they earn, misery and turbulence are ahead. History also shows that countries that have higher percentages of people who are self-sufficient tend to be more socially, politically, and economically stable.

The United States now is spending a lot more money than it’s earning and paying for it by printing money that is being devalued. To improve we have to raise productivity and cooperation. Right now we are on the wrong path.