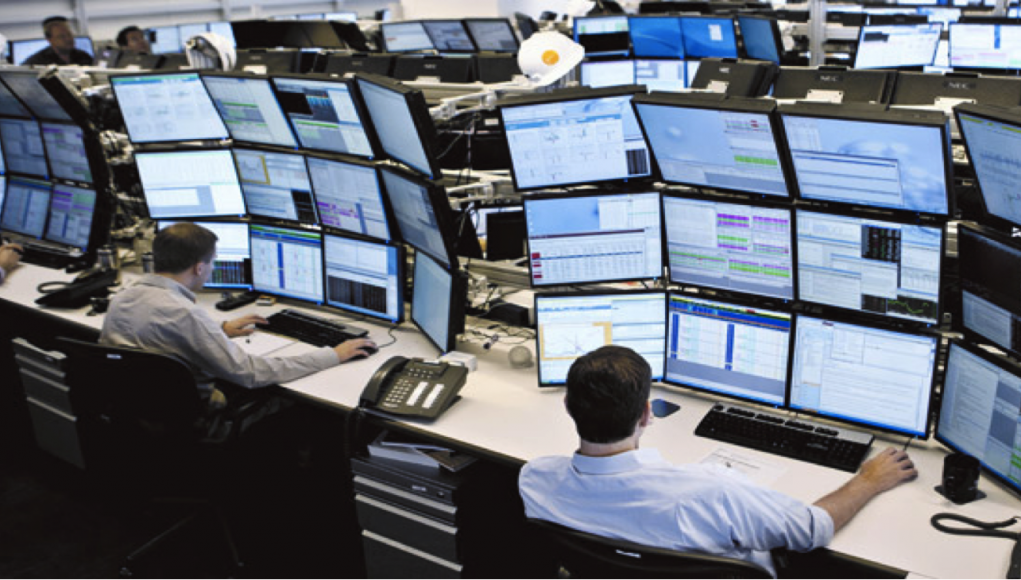 The valuation of the equity of a firm in trouble (i.e. one that has large losses and/or a large debt load) can be a very challenging exercise.

So can be the valuation of a new company, a start-up, which is likely to derive the vast amount of its value from the “rights” to a bright idea (e.g. a patent) or a new innovative service. Furthermore, valuation of natural resources companies also pose similar challenges.

Traditional valuation methods (e.g. discounted cash flow or dividends valuations) may find valuing such companies difficult, as they cannot easily accommodate the “what if” dimension of such situations.

For example, in the case of a start-up, the “what if” element of the valuation would mean that if the new idea works out well, then the company is likely to have substantial value; if not, then it will not.
In the case of the natural resources company if its exploration is successful, then substantial profits will be generated and the company will be quite valuable; if not, again, it will be not so valuable; probably not even viable.

This sounds like an option, doesn’t it? And if it sounds like that, then it may make sense to use option pricing theory to value such companies!

Equity is a residual claim

Before embarking on the use of options in equity valuation, it would be useful to remind ourselves of some basic principles regarding what equity is.

The equity of a company is a residual claim on the cash flows of the company (or the assets of the company in case of liquidation); this means that equity holders can claim cash flows or assets after all other stakeholders (e.g. debt holders, preference shareholders etc.) have been satisfied, i.e. they rank last in the hierarchy of the stakeholders.

However, there is another important point here that has to do with the principle of limited liability. This indicates that the maximum amount that equity holders may lose if the company was to become bankrupt cannot exceed the amount of their investment.

Let us start with some simple notation:
V = the current total value of the assets of the company
D = the face value of outstanding debt (to be repaid in the future)

On the basis of the aforementioned principles, if a company was to be liquidated its shareholders would receive (V – D) if V > D, or zero if V < D. This can be paralleled to a “traditional” call option with strike price K on an asset with current value S. Its payoff upon the exercise of the option is of course (S – K) if S > K or zero otherwise. This “traditional” call option can of course be valued by using the well-known Black-Scholes equations, which are depicted below: 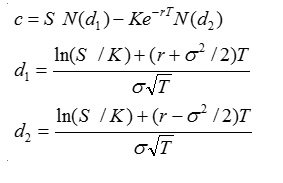 Where:
S = the current price of the asset
K = the strike price
r = risk free rate
T = time to maturity
σ = standard deviation
N(x) is the probability that a variable with a standard normal distribution φ (0, 1) will be less than x.

So, let us assume that we have a company whose assets (its total value) are currently €50 million with volatility (as measured by standard deviation) of 35%. Moreover, the face value of the debt of the company is €40 million and matures in 10 years. Assume also that the risk-free rate is 5% (return on long-term government bonds). We are interested in calculating the value of the equity of the company (let this value be E).

The excel output of the valuation is presented below:

where n is the number of years to the maturity of the debt.

Valuing a company in distress

Let us now assume that something “catastrophic” happens to the operations of our company, which results in 80% of its total current value to be wiped out. For instance, the total value of its assets is now €10 million, instead of €50 million. Clearly, the company is now in distress! What happens to the value of equity?

The answer lies in the fact that the debt of the company has a maturity, that is to say a “life”, of 10 years, during which time, given the volatility of the company’s total value, it may rise again at a point where the company will become viable again. This point would be of paramount importance for an external investor, for example a private equity company specialising in distress situations, who would be interested to know how much this company is worth.

This equity valuation methodology can also be utilized to better understand the “conflict” between equity holders and debt holders of the company, something also known as an “agency problem”. Again, we demonstrate this through an example.

Let us go back to the initial situation of the company, where its current total value is €50 million. Suppose that the company now undertakes a new project, a very risky one, with an expected net present value of -€3 million (negative!), which also “pushes” the volatility of the total value of the company, from 35% to 50%.

Why would the management/shareholders of the company might wish to undertake such a project?

Despite its negative net present value, due to the project’s high volatility, the management/shareholders may be looking forward to the possibility of the project’s actual returns being positive thus leading to a higher dividend payment and an increase in the share price of the company. Let us re-run our model and see what happens. 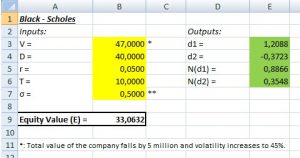 A better understanding of the behaviour of companies

However, apparent from our examples is that by building flexibility in an equity valuation model we can probably better understand complicated valuation situations and obtain insights regarding the behaviour of companies regarding selection of projects and capital structure decisions.

For more finance and business tips, check our finance section and subscribe to our weekly newsletters.